When Chrissy from Victoria Point approached Aspire Kitchens, her main objective was to build a bigger kitchen with more storage for her family.  As she is a mother of 3, it was important that the kitchen was something super easy to keep clean, had clean lines, open plan, and of course fully serviceable.  She did not want to spend her time cleaning finger marks off handles which is why she decided to go for the handle-less option.

Before work could start on the kitchen, it was essential to find a match to the current bamboo flooring that ran throughout the house.  This took some time to source, as she did not want to re-floor the whole house which would have been extremely costly.  It would have also impacted on the new design or the kitchen.

Throughout the entire process, Chrissy found Chris from Aspire Kitchens fantastic to deal with. She said she had deliberated and changed her mind throughout the project so many times but found him to be very accommodating.  He was knowledgeable and was happy to give constructive feedback and guidance to Chrissy along the way.

One of the things she liked was how he would take the time to explain to her why some things she was after would work well together and why other ideas may not work so well, but always left it up to her to make the final choice that would suit her and her family’s lifestyle.

Once the Kitchen was underway Chris organised for all the Trades who she said were “Fantastic!”  Great communication, prompt and on time along with great quality work.

When it came to the appliances, Chris gave her guidance and researched the products on her behalf, leaving her to make the final purchasing decisions.  The only thing that remained from the old kitchen was the dishwasher and everything else was new.

Chrissy wanted her new kitchen to have a bit of a coastal feel to it, with the colours and finishes to match.

Other must have features included:

The Waterfall Bench Top tends to elevate an ordinary island bench to a whole new level and allows you to show off the material in which the bench top which was made, in this case, Smart Stone Amara, which has a beautiful neat and clean finish.  The Smart Stone Amara used is also heat resistant and scratch resistant which is a plus when you have a young family.

Additional features incorporated into the bench design was the inclusion of a drop in Abbey Schock Stone Sink, Water Filtration System, built in waste bin, free standing dishwasher, and under bench microwave.

Were essential for her busy family as they require minimal touching on the front of the door when opening and closing the doors and drawers which requires less cleaning.

The pull-out drawers located directly under the pantry were a great way to include extra storage for containers that would normally take up valuable shelf space in the pantry.

Was chosen by Chrissy with gas cook tops was easy to install into the new kitchen and did not require cabinetry to be made to mount it in.  Recessed LED Lighting was included under the kitchen cabinetry ensuring sufficient light when cooking in evenings. 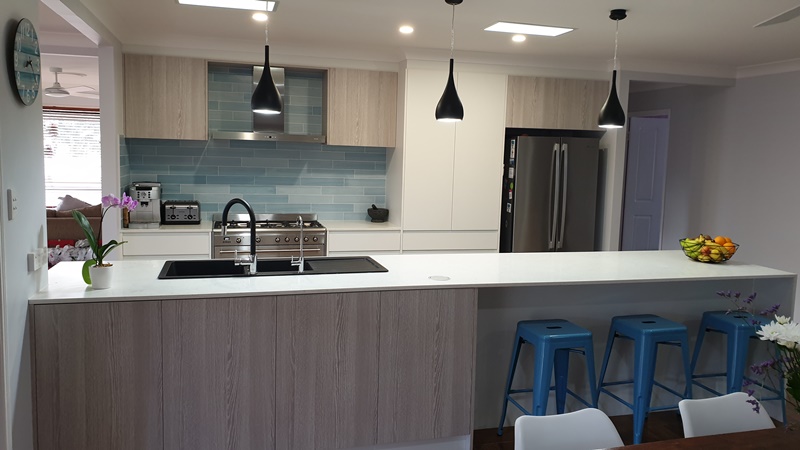 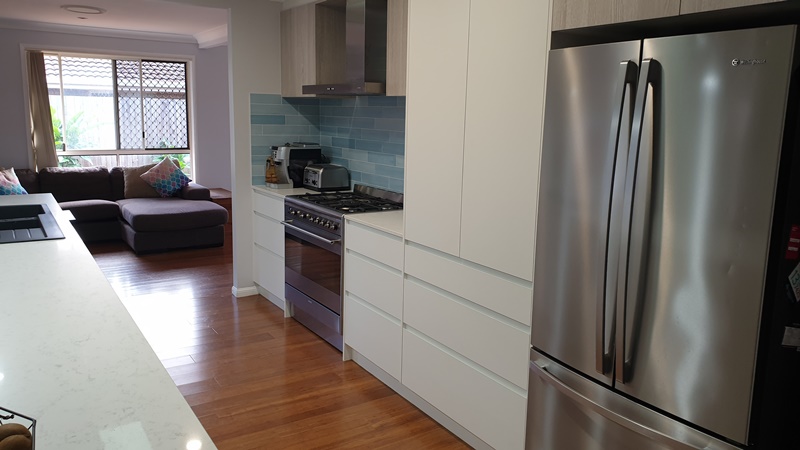 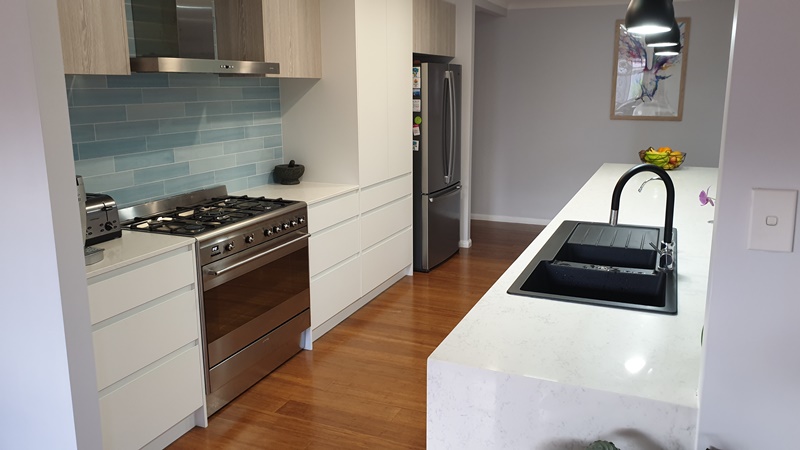 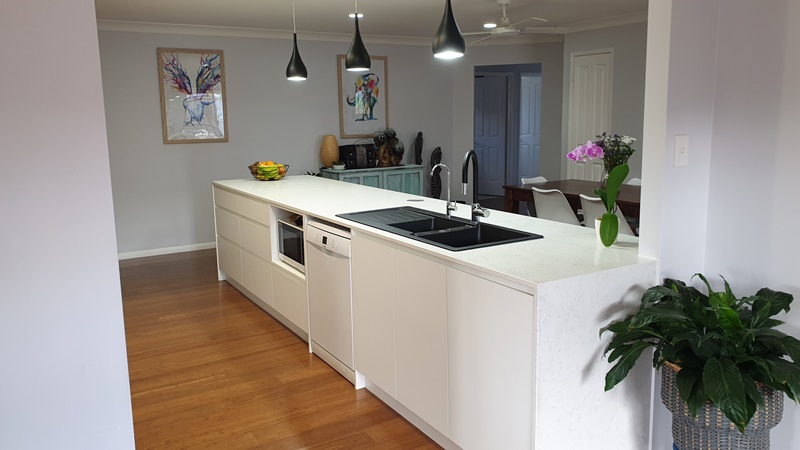 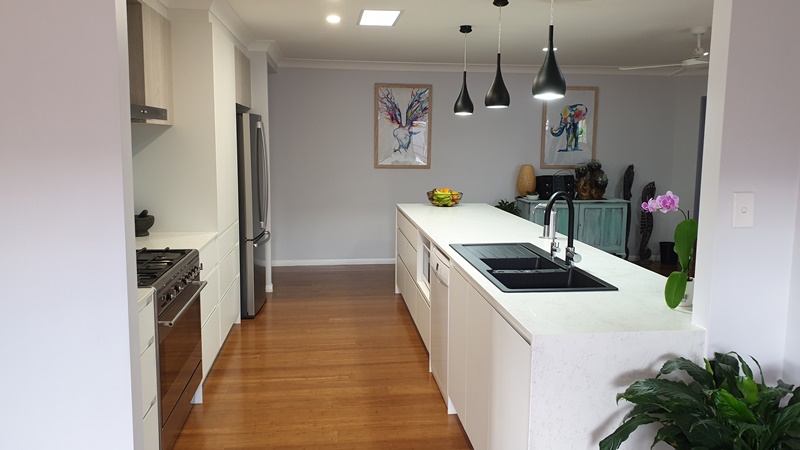 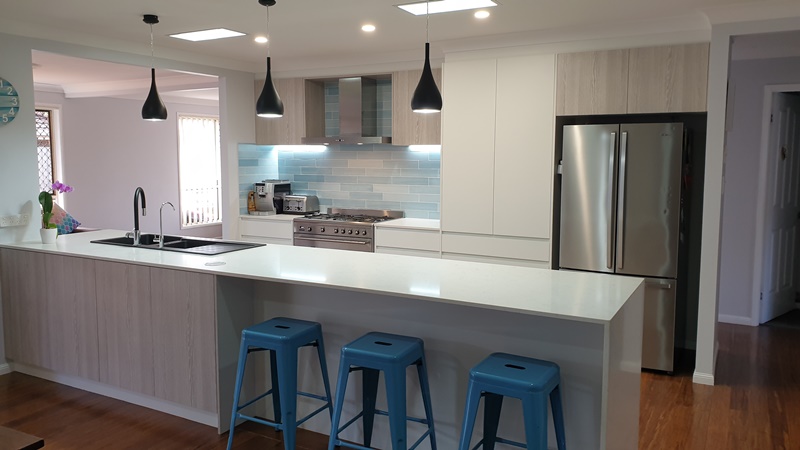 Chrissy could not be happier with her new kitchen and has already recommended two other friends to the Team at Aspire Kitchens and has no hesitation in recommending them further.

Can't thank the team at Aspire Kitchens enough. From the design process, and supporting us through the decision making process, and offering solutions; to the attention to detail during the install stage. All the trades have been brilliant! So happy with our new kitchen, would definitely recommend.
Chrissy

Get an obligation free quote